What we are having here is a quite non-typical ARM based motherboard. It features a pre-production version of Marvell 78x00 series ARM SoC, clocked at 1GHz. It features multiple on-board sata and gigE connectors, as well as pci-e slots and DDR2 ram slots. Fairly "meh" in x86 world, but on the ARM world most systems are designed mainly for low power consumption, tiny size and low cost. Which, while creating allows creating many exciting devices, makes finding meaty buildd's tricky. When we intruduced armel port, the security people rose the concern that arm buildd's are too slow. Especially from the security Point of view, where getting security fixes out fast is important - every second of waiting for security builds to finish someone could be exploited!

Luckily, some people from Marvell had heard about our need and arranged to donate a developer board for us!

So far, the build speed improvement, compared to our current (Thecus N2100) buildd's is very promising. When looking at build times of some slow-building packages which likely will see security uploads:

We see that with a Marvell board we are more in the line with other architectures. And the production hardware is going to be even faster! There is a dual-core version as well, but it's not SMP. Both cores are independent, and would basically both run their own Linux image. If manage to find a easy way to implement and manage that, we could run two theoretically run two independent buildd instances on the same board.

See the Linux Devices article for more details about the MV78x00 in general.
Posted by Riku Voipio at 09:21 No comments:

can I has roaming 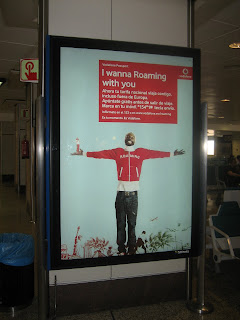